I am hosting this article first published in the New European Thursday, February 13, 2020 with their permission.

The prime minister shows no signs that he is up to the challenge presented by climate change, says CATHERINE ROWETT. 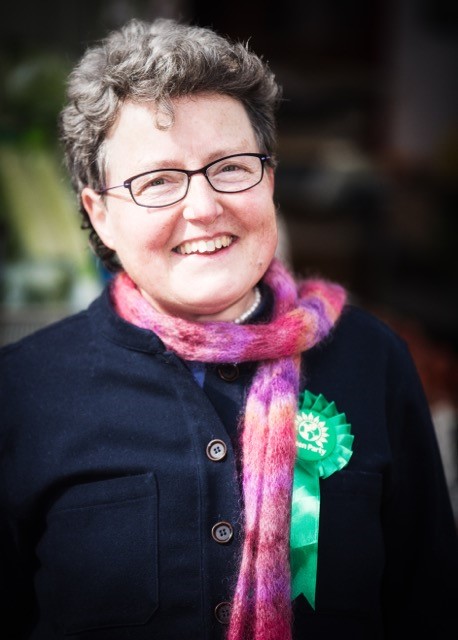 Catherine Rowett was a Green MEP for East of England from2019 to 2020.

Has Boris Johnson ever spoken an honest truth? I don’t mean an accidental one, uttered to deceive but failing in its intention, but a genuine avowal of his own honest opinion? It’s possible that one such truth may have inadvertently crossed his lips in the admission that he “doesn’t really get” climate change, as reported by Claire O’Neill after her abrupt sacking as head of the COP26 climate summit.

Her dismissive remarks might sound like a case of sour grapes, if it wasn’t for the wealth of supporting evidence suggesting the prime minister really doesn’t understand the task in front of him when it comes to environment. Right now, Johnson’s failure to grasp the climate emergency is possibly more scary than any of his other multitudinous lies that have harmed the UK politics since he opted to campaign for Brexit in 2016. Scary, because as we approach COP26, to be hosted in Glasgow in November, all the signs are that the prime minister is destined to fluff this great opportunity.

The conference should have been the moment for Britain to step up onto the world stage and lead the way forward from 2016’s Paris Agreement and the last session in Madrid: to reiterate and embed the lessons of science; secure international cooperation; speed up the process of setting and meeting ambitious targets; and get every country in the world on board, including reluctant ones like Brazil, Colombia, Argentina, and Australia.

The only chance of a breakthrough is with preliminary diplomacy in these crucial parts of the globe. Sacking the conference co-ordinator with ten months to go does not inspire confidence or a sense of leadership. As the COP26 host, we need a prime minister who understands what a climate emergency is.

Johnson has been trying to burnish his credential this week, with the decision to proceed with HS2 and to invest £5 billion over five years to improve cycling and bus services, including 4,000 “zero-carbon” vehicles. Yes, this indicates that someone understands that the UK is at a standstill because of its woeful failure to invest properly in mass transit systems and reliable networks that outperform car travel. That’s good news indeed, but let’s just check whether the proposals provide real solutions, and if so, solutions to what exactly?

HS2 splits opinion between those who are thrilled and those who are appalled. The enthusiasts are those who think that what’s needed is to move more people around faster and with less crowding. The opponents see that the real challenge is to reduce the demand for fast travel and find zero carbon solutions.

HS2 is not a zero carbon means to anything, least of all to shifting people from cars into trains (for that we need plentiful short haul trains from people’s actual homes, to where they actually want to be, not via London, and not especially fast). Any ordinary train is faster, more reliable, and less hassle for the passenger, than running a car. It need not go at 225mph. Nor will HS2 reduce domestic flights. To do that, we should either abolish those altogether (after all, why not?) or price them properly.

For sure, there’s a vociferous technophile pro-HS2 lobby whose letters I expect to see here next week. They are prepared to destroy woods and chalk streams to secure their short ride in a fast machine. Their enthusiasm occasionally tries to dress itself in green, but HS2 will do nothing for the UK’s carbon emissions, except perhaps increase them.

What about the zero emissions buses? Beware the term “zero-emissions”. It probably hides something quite sinister, namely the misconception that hydrogen-powered vehicles have a zero-emissions energy source. Yes, there are no emissions from the vehicle itself – helpful if your problem is urban air quality – but hydrogen is not a source of energy. It’s an extremely inefficient way of storing energy, taking far more power to make than is obtained from using it, and it is only as clean as the energy used to produce and deliver it. And the £5 billion pledged in this area is only a fraction of the investment required.

What the UK really needs – to go alongside a transport revolution – is renewable energy and a commitment to reduce demand. Certainly shifting from cars to buses and trains helps. But we also need huge reductions in air travel, a freeze on airport expansion, insulation for buildings, an end to gas boilers.

We need subsidies, for renewables, not for gas or coal or oil or shale gas or any other new-fangled so-called low carbon systems. And, above all, a complete moratorium on new nuclear, which, like HS2, is a false diversion that pretends to be a solution.

New nuclear power is too slow, too expensive (currently twice the price of offshore wind but with a scheduled rise in price that looks set to make it perhaps 100 times more expensive, if not more, than real renewables) and has a huge carbon footprint in the construction.

Where then is the investment in very low cost local installations, in good sources of background energy such as tidal and wave power, in energy storage?

What a mess! How can we claim to be global leaders in the fight against climate change, with such a confused, sometimes contradictory strategy?

So no. This government, and its prime minister, does not get the climate thing. Not at all.

Bruce Nixon author, writer and speaker. I give participative talks in communities, universities, schools and at conferences. My latest book The 21st Century Revolution – A Call to Greatness was Oxford Alumni Book of the Month for November 2016. Professor Katherine J. Willis, CBE, Principal of St Edmund Hall and Professor of Biodiversity, Department Zoology, University of Oxford said “I am greatly enjoying it; you write beautifully”. I update the book through my Blog https://brucenixon.com/ which includes many other topics.

If you like what you have read, please spread the word.